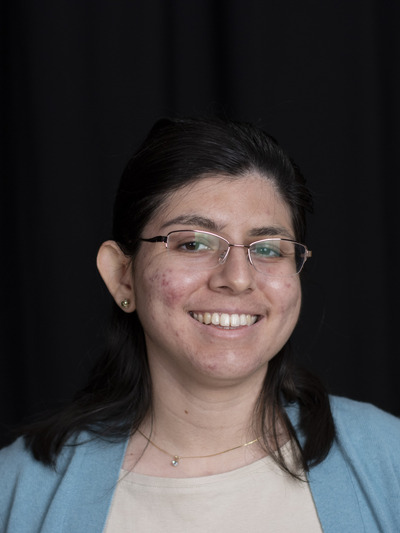 Angela is a fourth year student in the Iberian Studies Ph.D. program. She completed B.A. degrees in Spanish and English Language and Literature in addition to a Translation Studies Concentration at Smith College. Her undergraduate research culminated in a Mellon Mays project in which she examined Vicente Aleixandre's 1944 poetry collection "Sombra del paraíso" vis-à-vis the Spanish Civil War. She successfully presented her M.A. paper titled, "Reconfiguring the Generation of 1927: Reclaiming Space in an Artistic Community" in the spring of 2019.

She studies Silver Age Spanish poetry as well as the cultural milieu of writers during the Second Spanish Republic. Her current research focuses on ongoing debates about the legacy of the Generation of 1927 and the artistic production of female artists know as "las Sinsombrero". Her research also intersects with interdisciplinary research on the Anthropocene as it relates to the Spanish Civil War and Francoism.