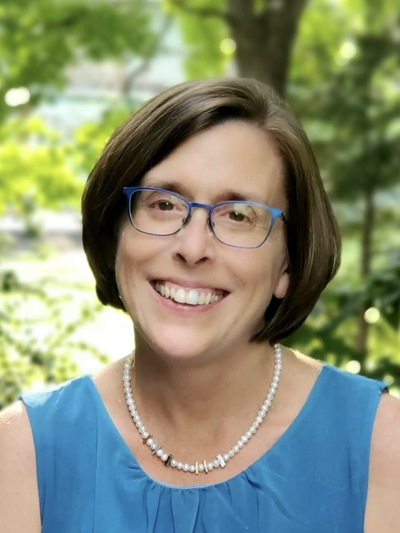 Professor of Spanish and Portuguese
She/her/hers

A specialist in colonial Latin American literature and culture, Lisa Voigt joined OSU’s Department of Spanish and Portuguese in 2008. She was previously an Associate Professor at the University of Chicago and is currently a Visiting Professor at Yale University (Autumn 2021). Her first book, Writing Captivity in the Early Modern Atlantic: Circulations of Knowledge and Authority in the Iberian and English Imperial Worlds (Omohundro Institute of Early American History and Culture/University of North Carolina Press, 2009), won the Modern Language Association’s Katherine Singer Kovacs Prize for an outstanding book published in the field of Latin American and Spanish literature and cultures. Her second book, Spectacular Wealth: The Festivals of Colonial South American Mining Towns, was published by the University of Texas Press in 2016. Her research has been supported by NEH Fellowships at the Newberry Library in Chicago and the John Carter Brown Library in Providence, Rhode Island; a Mellon Postdoctoral Research Fellowship at the Omohundro Institute of Early American History and Culture in Williamsburg, Virginia; and Fulbright and Gulbenkian Foundation Fellowships in Lisbon, Portugal. She currently holds an ACLS Collaborative Fellowship (2019-2022) with Professors Elio Brancaforte (Tulane University) and Stephanie Leitch (Florida State University) for a book project provisionally entitled “The Epistemology of the Copy in Early Modern Travel Narratives,” which focuses on copied illustrations of the non-European world in European travel accounts. She is also a member of the international research team of Public Rituals in the Portuguese Empire (https://rituaispublicos.wordpress.com), in connection with another project on the representation and participation of Africans and Amerindians in early modern Portuguese festivals.

Her teaching and research address colonial, transatlantic, and comparative issues in and beyond the Spanish and Portuguese empires. She has published on such topics as shipwreck and captivity narratives, mestizo historiography, public festivals, and travel account illustrations in PMLA, Colonial Latin American Review, Early American Literature, Revista de Estudios Hispánicos, Hispanic Review, Revista Iberoamericana, MLN and Renaissance Quarterly, among other journals and collected volumes. She has served on the editorial boards of several academic journals including Colonial Latin American Review, for which she will be Special Issues editor beginning in 2022.