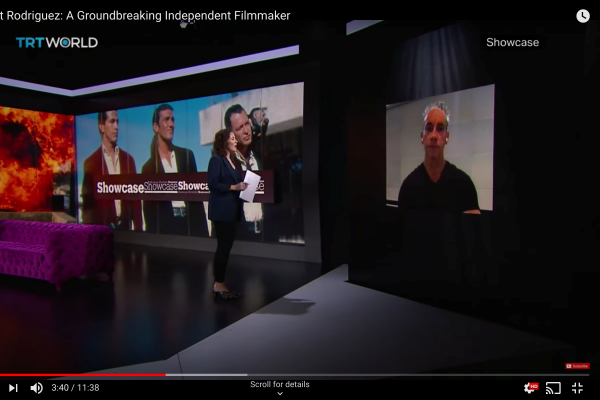 Dr. Frederick Luis Aldama, Distinguished University Professor and author of The Cinema of Robert Rodriguez (University of Texas Press, 2014), was recently featured in a news segment on TRT World, a Turkish public broadcast service based out of Istanbul. The segment covered the contributions of indie filmmaker Robert Rodriguez as his first major Hollywood film, Desperado (1995), turns 25 years old.

Dr. Aldama discusses at length Robert Rodriguez's impact on the Latinx community in cinema. "Up until El Mariachi (1992), then Desperado (1995), and the may movies he's made since, we [Latinos] were telling our stories that hadn't been told, like the complexity of our families, crossing borders, life in prison. We didn't have our action movies, we didn't have our action heroes. But more importantly, we didn't have Latinos in front of the camera that were just naturally Latino. We had to wear our identity on our sleeves. With Robert, you really see this naturalizing and bringing in a kind of organic presence of Latinos in front of the screen, showing us that we can be action heros, we can be A-listers in a very natural way." 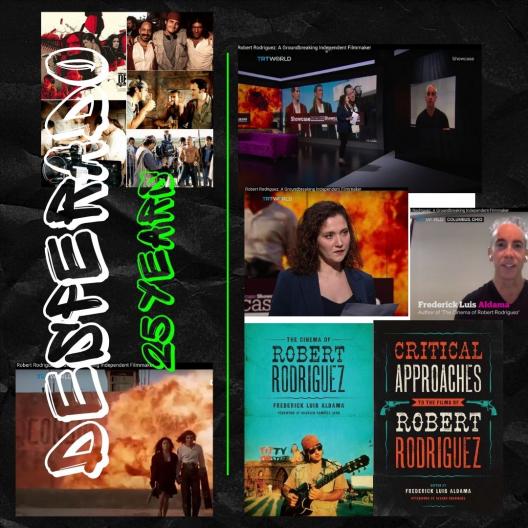