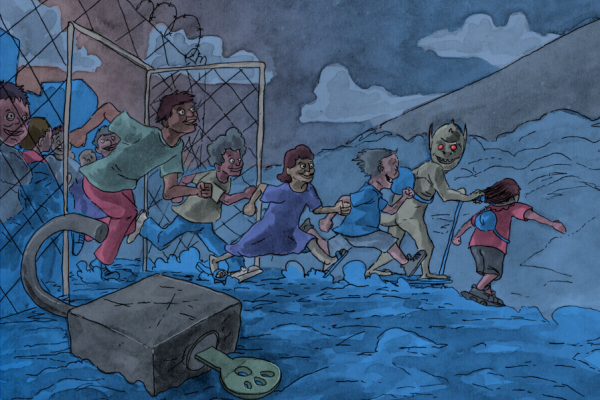 In the Latinx Spaces article, "Will the Real Monster Please Stand Up?" Cristina Herrera explores Latinx folklore and the monsters featured within many of its tales. However, within much of recent Latinx literature, these traditional monsters have been given an alternative storyline - that of misunderstood creatures who aren't to be feared after all!

In Dr. Frederick Luis Aldama's debut children's book, The Adventures of Chupacabra Charlie, Charlie seeks adventure. He embarks on a quest, along with his human friend, Lupe, to los Estados Unidos. It is there that Charlie and Lupe encounter "the big people in green who keep [the children] locked in cages." In this story, the Big People in Green are the ones who are made out to be the monsters, while Chupacabra Charlie is the hero - setting out to free the children from their locked cages. In her article, Cristina Herrera examines Dr. Aldama's blend between fact and fiction and explains the importance of telling this type of story to people "in the midst of their growing up process and identity development."