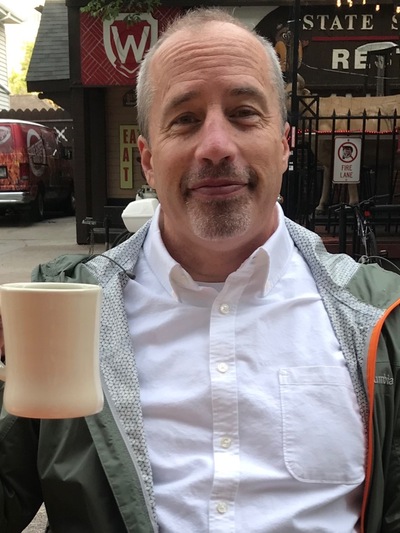 John received his B.A. in Linguistics & Spanish from UCLA in 1989 and his M.A. in Teaching English as a Second Language, also from UCLA, in 1993. He worked in the Los Angeles Superior Court as a Spanish Interpreter from 1989-1999. He was granted a Ph.D. from UCLA in Applied Linguistics in 1998. He taught language teaching methodology and supervised Spanish language courses in the teacher education program at the University of Northern Iowa from 1999-2004 and moved to OSU in 2004. He is an active member of OSU's Language Acquisition Discussion Group ("Lacqueys") and does research in Latin America. He co-directs the Spanish & Portuguese Department Language Acquisition Lab with Professor Holly Nibert. His research focuses on developmental linguistics, including the syntax of child Spanish-speakers, especially tense marking in those diagnosed with specific language impairment (SLI). Other projects include research into developmental semantics-pragmatics, including children's knowledge of pragmatic implicatures and their interaction with prosody and children's comprehension of collective/distributive expressions. He teaches courses on introductory linguistics, language development and syntax in the Spanish & Portuguese Department and in the Linguistics Department. He was an Associate Editor of Language Acquisition: A Journal of Developmental Linguistics from 2008 to 2015.

Please visit the Language Acquisition Lab of the Department of Spanish and Portuguese at The Ohio State University.