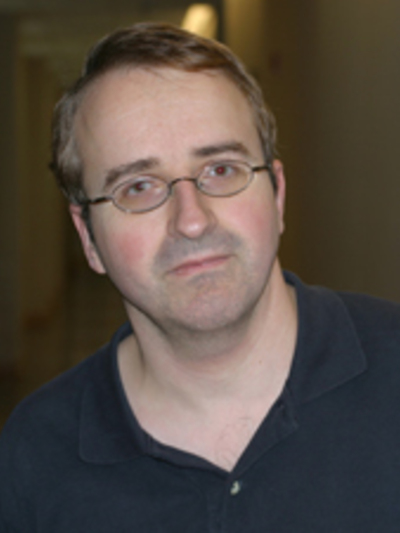 Javier Gutiérrez-Rexach was born June 2, 1967 in Spain. Javier attended the Universidad Complutense de Madrid where he was attracted to a number of disciplines, but particularly to Spanish philology, philosophy, cognitive sciences and film studies. In 1990, he completed a B.A. in Spanish Philology, and Philosophy and Educational Sciences. After a short break from academia to pursue a career in the film and media industry, Javier enrolled in the prestigious Instituto Universitario Ortega y Gasset, on theoretical Spanish linguistics and language acquisition. However, his passion and love for philosophy took him to the Universidad Nacional de Educación a Distancia (UNED) in Madrid where in 1994 he completed a Ph.D. in Philosophy with a dissertation entitled "Semántica de la cuantificación" (Semantics of Quantification"). For this dissertation, he received the Premio Extraordinario de Doctorado (Best Dissertation in Philosophy Award) by the Spanish Ministry of Education.

Javier then continued graduate work in linguistics in the United States. He completed a master's degree in Linguistics at the University of California, Los Angeles (UCLA) with the master's thesis "Questions and Generalized Quantifiers" in 1995; later on, in 1997 he obtained his Ph.D. in Linguistics with a dissertation entitled: "Quantification, Context Dependence and Generalized Minimalist Grammar." That same year he joined the Department of Spanish and Portuguese at The Ohio State University as an Assistant Professor of Hispanic Linguistics and Adjunct Professor of Linguistics. Soon after that, in 2004 he was promoted to Full Professor.

Javier wrote more than one hundred articles, books, and book reviews on Spanish syntax and semantics, philosophy of language, among many other topics; and gave also more than one hundred talks in Europe, the United States and Latin America. He had a solid foundation in syntax and semantics, coupled with a keen eye for data, which helped the field of Hispanic Linguistics to develop. His Fundamentos de Sintaxis Formal (Foundations of Formal Syntax), coauthored with Ignacio Bosque, and published by Akal in 2009 will remain as one of the top contributions to Hispanic Linguistics, as well as his Enciclopedia de Lingüística Hispánica (The Encyclopaedia of Hispanic Linguistics), published in 2016 by Routledge, which aims at offering an introductory reference view for students and scholars of Spanish, both in its grammatical, theoretical, and applied components, including its evolutionary and social aspects. Some of his other books are: Interfaces and Domains of Quantification (2014, Ohio State University Press), La semántica de los indefinidos (The Semantics of Indefinites, 2004, Visor), Conceptual Structure and Social Change (co-authored with Sara Schatz, 2002, Prager); Semantics: Critical Concepts (2003, Routledge), From Words to Discourse (2002, Elsevier), and several other volumes.

He published significant papers in Spanish linguistics, including studies of exclamative and interrogative sentences, clitics, quantifiers, bare plural nouns, afrohispanic and Caribbean varieties, language acquisition, the syntax/semantics/pragmatics interface, and dynamic semantics, to name just a few. Perhaps, the most notable result of his research and contribution to the field of Hispanic Linguistics was the study of Spanish quantifiers, and the study of the linguistic interfaces in grammar. All of his work was characterized by a remarkable combination of originality and precision, and some of it was of a pioneering nature and most likely cannot be fully appreciated until time lends perspective.

On the other hand, his research interests span from linguistics to other areas of studies such as film studies, philosophy, literature, sociology, and arts. He increasingly devoted himself in the last 15 years to the research of sociopolitical and ideological changes towards democracy in Latin America, Picasso's poetry, and Conrad's oeuvre. Javier's true passion however was cinema. He published articles on the relationship between cinema and linguistics, more specifically, cinema and the cognitive sciences (biolinguistics), as well as short entries for book editions on cinema in Latin America. Javier's work as a teacher was equally remarkable. His advanced courses and seminars on Spanish linguistics were models of the same rare combination of originality and meticulousness that characterized his research. His courses were widely appreciated by the students who regarded him with respect and admiration. He was totally accessible to all of his students, and was always eager to help them in their work. Some of his students regard him as a wonderful and excellent professor, one that brought the material to life; a teacher that was diligent but at the same time nice and funny. Javier truly inspired his students, colleagues, and friends. On Sunday April 10, 2016, he passed away in Columbus, Ohio of heart disease.