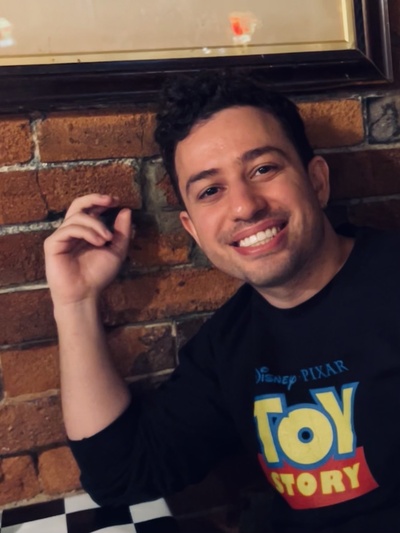 Vitor Vilaverde is a 4th year PhD student in Latin American Cultural & Literary Studies at the Ohio State University. He’s a Brazilian filmmaker with a BFA from the Federal University of São Carlos, and he’s also an alumnus from Instituto Querô. His current research interests are affects, memory and politics in Latin American documentaries, which is also part of his creative film practice. Vitor has recently presented the work “Affective maps in Eduardo Coutinho’s documentary Twenty Years Later” at the RAI Film Festival 2021. His first feature "Andor" (TBA), is a direct documentary that tells the story of the only Brazilian-born who survived the Holocaust, by traveling back to sites of important memories. His next feature project “The Master Zuza” has been in different development labs such as the UnionDocs Summer Lab, and the BrLab – São Paulo edition.