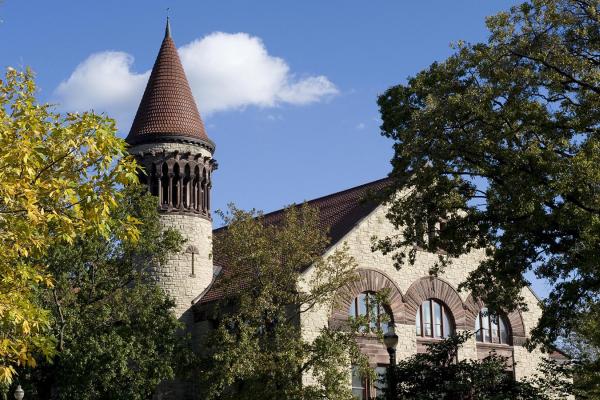 The Department of Spanish and Portuguese would like to congratulate Palo Pinillos Chávez and Paola Enríquez Duque on being selected co-winners of the Latina/o Studies Graduate Student Paper Award! Undergraduates Sarah Wade and Dania Dallal were also co-winners of the Undergraduate Student Paper Award for their work in SPAN 5389.

The description of each award winner's paper are included below.

Paola Enríquez Duque’s “‘It’s my name, it’s me’: Recent High School graduates’ ideologies about their Hispanic given names” is a deep exploration of identity, racial difference, and ethnolinguistics based on in-depth interviews of Latinx high school graduates about their names. Paola’s paper examines the meaning of pronunciation and mispronunciation of Spanish names given by her subjects, which she finds varies throughout the life course and the particular interpretation that each of them give to the mispronunciation.

Dania Dallal’s “El repertorio latino abusado” is an artistic exploration of linguistic identity and the diverse repertoires that bilingual subjects bring to bear with different relations, even as overlapping dimensions of these repertoires also signal a community that these subjects inhabit. The artwork reflects these themes and more, including the uneven way in which certain repertoires (like academic Spanish) can be shared across generations.

Sarah Wade’s “Relaughjo” project originally mixes the social-media audiovisual language of “memes” to reflect on scholarly discussions about bilingualism, ESL, code-switching, and the disruption of linguistic codes. Her contribution is performative, by bringing in a devalued language (memes) to successfully represent and advance scholarly debates.