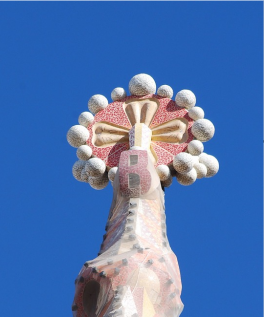 The Iberian Studies program of the Department of Spanish and Portuguese at The Ohio State University draws on the deep historical interconnections between the literatures and cultures of the Iberian Peninsula, and explores Iberian global networks of exchange from the Middle Ages to modernity and post modernity. Iberian Studies is synonymous with mobility and crossings, from an ethnically diverse medieval Spain to a far-flung Spanish Empire during the seventeenth century; from engagement with the Ottoman Empire in the sixteenth-century Mediterranean World to commercial rivalries on the early modern Atlantic; from Portugal’s oceanic and African slaving and trading ventures to Galician emigrations across the Atlantic; from Catalan trade on the Mediterranean to contemporary conflicts over autonomous regional languages. In consonance with this wide net of cultural exchanges, our program is intrinsically linked to issues of multilingualism that account for course offerings in Spanish, Portuguese, and other Iberian languages. 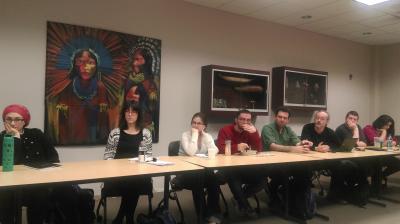 Our research is enhanced by the rich collections at Ohio State’s Thompson Library, which is ranked among the top ten public university research libraries and has a Hispanic area studies collection of over one million volumes. The Rare Books and Manuscripts Collection holds one of the most important Cervantes collections in the U.S. “Ohiolink” is one of the best interlibrary loan systems in the country. While training in the Dept. of Spanish and Portuguese, students are encouraged to develop graduate interdisciplinary concentrations in Medieval and Renaissance Studies, Film Studies, Folklore, Critical Theory, Performance Studies and Technology in the Humanities.

Medieval and Early Modern research and teaching is an integral part of Iberian Studies. We encourage scholarship that challenges traditional divisions between periods, genres, nationalities and regions. Therefore, in addition to research that concentrates on the historical kingdoms of the Iberian Peninsula, we embrace research that is transatlantic, pan-European, colonial, and Mediterranean in scope. Faculty and students can take advantage of one of the most active and internationally recognized centers for medieval and Renaissance Studies at OSU, with over 100 affiliated faculty. The Center for Medieval and Renaissance Studies offers graduate certificate programs that foster interdisciplinary research, sponsor archival fieldwork, and offer training in manuscript studies.

Jonathan Burgoyne specializes in medieval Spanish literature. His most recent research examines the manuscript transmission and reception of didactic literature, particularly the works of Juan Manuel. He is the author of Reading the Exemplum Right: Fixing the Meaning of ‘El Conde Lucanor’ and El libro binario. His research interests also include food studies, translation theory, folk and wisdom literature, chivalric literature, and Mediterranean studies. He is currently working on a book project on wisdom literature, Translating Wisdom: Proverbs, Power and Play in Medieval Iberian Literature. Prof. Burgoyne is the Associate Director of the Center for Medieval and Renaissance Studies and Editor-in-Chief of La corónica: A Journal of Medieval Hispanic Languages, Literatures, and Culture, which is the publication of the MLA Forum, LLC Medieval Iberia.

Rebecca Haidt specializes in eighteenth- and nineteenth-century Spanish cultural studies, with research foci on Madrid, popular, print and visual cultures, costume and material culture studies, gender and the body, urban studies, exchange and migration networks, and forced labor histories.  She is the author of Embodying Enlightenment: Knowing the Body in Eighteenth-Century Spanish Literature and Culture (1998); Seduction and Sacrilege: Rhetorical Power in Fray Gerundio de Campazas (2002); and Women, work and clothing in eighteenth-century Spain (2011).  Currently she is working on book-length study of early nineteenth century urban visual cultures, and a monograph on majos and majismo.

Our theoretical understanding of Iberian Studies program emphasizes the study of the literatures and cultures of the "so-called" Spanish peripheries or autonomies (Catalonia, Galicia, and Basque Country). We regularly offer Catalan language and culture classes, and our instructors are trained in language, literatures and cultures of the Catalan-speaking countries (Catalonia, Valencia, the Balearic Islands, Andorra). At the undergraduate level, one of the most popular courses is Spanish Mosaic, which introduces the literatures and cultures of the Spanish historical nations (including Andalusia). At the graduate level the study of cultural productions of these nations is usually included as well in an effort to fully gain a fuller understanding of the multicultural and multilingual composition of the Iberian Peninsula.

Eugenia R. Romero is a leading figure in the field of Galician Studies. She has authored several articles about Galicia ranging from amusement parks and cemeteries, to popular music, and emigration. Her book Contemporary Galician Culture: Movable Identities (Lexington, 2010) is one of the first books published solely on Contemporary Galician Studies. Her book deals with the representation of double bind constructs dealing with tropes like emigration/immigration, urban/rural, traditional/contemporary, Galician/Spanish, and other paradigms with which to consider Galicia's contemporary literary and cultural production. While formally trained in literary studies, her interests include music, museums, film, comics, social and political history, all in the context of contemporary Iberia and, more specifically, Galicia. Prof. Romero is currently working on a comparative study of Galician and Basque fishing culture as a symbol of national identity.

Iberian Studies at OSU benefits from the existence of a strong Portuguese program, which includes a brand new MA/PhD in Studies of the Portuguese-speaking World. Students interested in furthering their knowledge of connections/disconnections between Portugal’s and Spain’s cultural histories, cultural dynamics between Portugal and Spain’s autonomous regions, “Iberismo,” Iberian Orientalism, Iberian imperialisms and Modernities, and comparative Iberian dictatorships will find a competitive program at OSU. Pedro Pereira specializes in Portuguese, Brazilian and Lusophone African and Asian Literatures and Cultures, with an emphasis on the nineteenth and twentieth centuries. His recent long-term research project investigates the formation of Portuguese imperial and other discourses of exceptionalism, such as Lusotropicalism and Portuguese Orientalism, and their reconfigurations in the postcolonial, post-imperial era. He is the author of Filósofos de Trazer por Casa. Cenários da Apropriação da Filosofia em Almeida Garrett, Eça de Queirós and Machado de Assis, conjointly published in Portugal and Brazil, and of an essay on “Portuguese and the Emergence of Iberian Studies” in Beyond Tordesillas. Critical Essays in Comparative Luso-Hispanic Studies.

Several Iberian Studies faculty members engage in Transatlantic Studies. Pedro Pereira is a contributor to a collection of essays titled Iberian and Latin American Transatlantic Studies Reader. Eugenia R. Romero has authored studies focused on Galician migrations throughout the Atlantic World. Within the Latin American section, Lúcia Helena Costigan is the author of Through Cracks in the Wall: Modern Inquisitions and New Christian Letrados in the Iberian Atlantic World (2010), which analyzes early modern literary writings and inquisition testimonies produced by descendants of Jews forced to convert to Christianity in Iberia and Latin America, while Lisa Voigt has worked on captivity narratives in a transatlantic, comparative context in Writing Captivity in the Early Modern Atlantic: Circulations of Knowledge and Authority in the Iberian and English Imperial Worlds (2009).

Catalina Iannone specializes in comparative literary and cultural studies, with an emphasis on race, urban space, and visual culture on the Iberian Peninsula. She has published articles on these topics in Hispania, The Arizona Journal of Hispanic Cultural Studies, and the Journal of Lusophone Studies and her book Contested Cities: Race, Culture, and Urban Development on the Iberian Peninsula is under contract with Vanderbilt University Press. She also engages with digital methodologies in her research and teaching, including her current GIS project “The Atlas of Resistance,” a platform that explores the evolution of Madrid’s Lavapiés neighborhood during the early aughts through a display and interpretation of geolocated cultural artifacts and quantitative data.